Helen on the rocks (and other "frozen" women)

When is a woman in a refrigerator more than just a woman in a refrigerator? The answer can vary with your perspective or interpretation – but the reference, in case you’re wondering, is to a term coined by the comic-book writer Gail Simone. Also known as “fridging”, it describes a certain trope in literature and film: an imperilled, murdered or generally non-functional woman character becomes the pretext for the emotional development (or the plot-furthering emotional devastation) of a man.

In many of these cases, a token effort is made to create empathy for the victim, but she’s basically a cipher for plot purposes, and it’s all about the fellow’s journey. (Comatose or dead women are particularly useful; they can’t even complain that a man is man-spreading his way across the narrative.) Formulaic vigilante-revenge films use this frozen woman, and so do more nuanced stories. A recent example I saw was a scene in season one of The Crown: old Winston Churchill has a personal epiphany – leading to a shift in prime-ministerial policy – during the Great Smog of 1952 as he regards the fate of his secretary Venetia (a character created and killed off specifically for the show).

Venetia’s body is laid out on ice in the morgue in that scene, but fridging doesn’t have to involve an actual fridge or ice slab. Even a film like October, written with sensitivity and attention to detail by a woman (Juhi Chaturvedi), can fit the theme for those who like to use such lenses in their assessments: after all, the story is about a young woman (whom we might initially have expected to be the film’s “heroine”) having a terrible accident within the first 15 minutes, and a young man coming of age and gaining in sensitivity and experience because he feels somehow responsible for her in her vegetative state.

Which is to say that one can argue endlessly about what constitutes fridging, whether it fits a particular case, whether it is done well (following a story’s internal logic) or cynically – and whether it should even be required for a victim, woman or man, to have any “agency” in such a narrative, given that this is often not the case in real life. (Or in far-away galaxies: remember Han Solo frozen in carbonite at the end of the second Star Wars film, his mouth open as if someone yelled “Statue!” when he was mid-wisecrack?)

But one of the sharpest takes on fridging that I have seen is in the 2019 film Helen. This is among many recent Malayalam films that do intriguing things with their narrative arcs: just when you think the film is about to settle into a predictable (if engrossing) story “type”, the screenplay takes an unnerving right turn, a new character or complication is introduced – and somehow, all this is pulled off without altering the film’s basic grounded tone.

These shifts in arc make it hard to discuss such films in spoiler-free terms, but I’ll try. For reasons you’ll understand when you watch Helen, the protagonist (played by the very likable Anna Ben), a Christian with a Muslim boyfriend, ends up as a refrigerated woman around 45 minutes into the story. Alive, more or less functional, but in big trouble. What happens to Helen can be viewed in symbolic terms: thanks to a run-in with police a day earlier when she was with her boyfriend Azhar, she is already in a tight spot, feeling trapped and helpless; her father is giving her the cold shoulder (or putting the freeze on her). 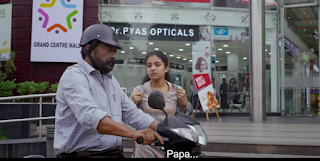 But what happens is also presented in realistic terms, with a plausible build-up – one that involves our familiarity with the nature of Helen’s work, the equations between her colleagues, the workplace routine. The circumstances of her life both facilitate the incident and hinder attempts to rescue her. (A callous policeman goes out of his way to delay the investigation because he disapproves of a young woman associating with a boy from another community and keeping late hours at work.)

However, Helen turns out to be the antithesis of the fridged woman as defined by Gail Simone. Though a number of men, including her despairing father and boyfriend, are out looking for her – all primed to become male saviours – she gets the most screen time and her survival is as much a matter of her own resourcefulness, her ability to draw on past experience, to stay in the moment and think things through. And personality: at one point crucial help comes from an anonymous man who remembered her because she was friendly to him. 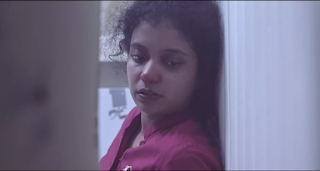 The result is both a slice-of-life story about regular people and an unusual, nail-biting survival thriller. It’s also a rare example – at a time when too many films wear their social consciousness or political correctness on their sleeve – of a movie that subverts an old motif without coming across as laboured in its progressiveness. It makes one want to tell the more overtly “woke” filmmakers to take a chill-pill, or at least to sit in an icebox for a bit.