(Another post that I’m putting up here belatedly – this is a review of the Prime Video courtroom series Guilty Minds. Wrote this for Reader’s Digest)
----------------- 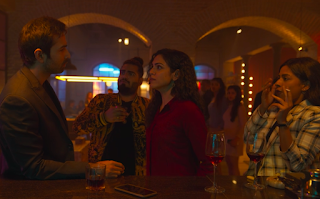 The first episode of this often-gripping legal drama ends with one of the protagonists, the bright young lawyer Deepak Rana (Varun Mitra), doing something inappropriate during friendly banter at a nightclub. At the receiving end is the equally bright Kashaf (Shriya Pilgaonkar). Her response makes it clear that she has been offended, and Deepak’s act might seem especially startling since they have just been on opposite ends of a sexual harassment case – with him defending the accused and Kashaf representing the accuser. But as so often happens with a multi-episode series, we have much to learn about these characters, their personal relationships, back-stories and private demons.

To start with, the basic binary we have is this: Deepak, part of a venerable firm of lawyers named Khanna and Khanna (he is the only non-family member to have been admitted into the fold), is pragmatic, willing to play around in grey areas; Kashaf, on the other hand, the daughter of a famously honest and scrupulous judge, is very upright and idealistic. (Her legal partner Vandana, played by Sugandha Garg, seems a little more laidback but is razor-sharp when it comes to research and legwork.) But again, things will turn out to be more complex than that binary suggests.

Legal dramas have had a very long history on television in the West, but Guilty Minds is also very much a product of the ongoing OTT zeitgeist in India. Its format might remind you of another Prime Video series, the wedding-planner-themed Made in Heaven (and not just because there is a slight resemblance between Shriya Pilgaonkar and the earlier show’s lead Sobhita Dhulipala). Both shows are made up of episodes that deal with standalone situations or cases, but each is also anchored by a few protagonists, and as we follow their personal arcs we learn things that we might not have guessed at. The back-story of Deepak in Guilty Minds is comparable in some ways to that of Tara Khanna in Made in Heaven – here are two people whom we first encounter in urbane settings, speaking fluent English, seemingly at home in posh environments and offices; but over the course of the show new information presents itself and our perspective broadens. 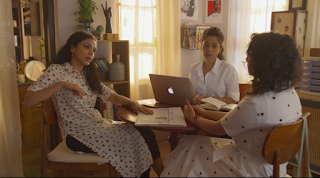 Guilty Minds moves between the individual cases and the lives of the main characters (Vandana, for instance, is in a lesbian relationship that will potentially scandalise her lover’s family). Some of the cases derive from hot-button issues – sexual harassment by an older man in a position of power, the potentially destructive power of video games, a cola company cannibalising a village’s water supply, an IVF company possibly indulging in sex selection for its clients. A few have a hint of cautionary science fiction to them: for instance, the one about a driver-less car company being sued after an accident.

The contrast in that case is between the programmed actions of a cold automaton (the car) and the unpredictable, variable behaviour of a human being in a very Indian situation (a villager imprudently crosses a national highway to feed a cow on the other side). And in a sense, this contrast also applies to the show’s larger picture: on one hand there is the letter of the law, and the lawyer’s code of not passing judgement but simply representing their client with the facts as presented to them; on the other hand, there are the ethical dilemmas that cause uncertainty and crises of conscience. Lawyers are human too, and this show is at its most compelling when it occupies the spaces between their personal and professional impulses.

Posted by Jabberwock at 7:20 PM