Reluctant hero – on Ashok Kumar and other early movie stars

In an early scene in the 15-part series The Story of Film: An Odyssey, a few thoughts are offered about the birth of screen personalities in cinema’s first years. A woman is shown facing the camera; when she turns around there is a cut so her face can still be seen (the camera has “jumped” to the other side to follow her). Then there is a sudden close-up, and narrator-director Mark Cousins notes that at some point in film history the actor rather than the set became central. The possibility of a star – a performer whom an audience could relate to, feel drawn to – arose. As close-ups of eyes and faces, images of people “thinking”, became common, viewers began projecting their own feelings onto these celluloid Gods. 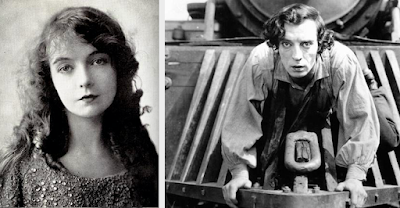 And it followed that the first stars played interesting characters – Chaplin’s Tramp – or had striking personal qualities, like Buster Keaton’s deadpan athleticism or Douglas Fairbanks’ rakishness or Lillian Gish’s ability to make everyone feel protective. Or they might be singularly good-looking, features made more luminous by imaginative lighting and costuming. This wasn’t restricted to fiction films either: the Inuit man in the classic documentary Nanook of the North, gazing out at us with a frank smile in his first scene, is a natural movie star too.

To varying degrees all these people were confident in their own skin, they liked acting and savoured the attention of the big bulky camera. None of this applies to the man generally regarded as Hindi cinema’s first major male star, Ashok Kumar (originally Kumudlal Ganguly) – who, as a much-told tale has it, was a very reluctant “hero”, nervous and diffident when he was plucked out of a laboratory job at Bombay Talkies and asked to work opposite Devika Rani (because her leading man, with whom she had had an affair, was no longer available). 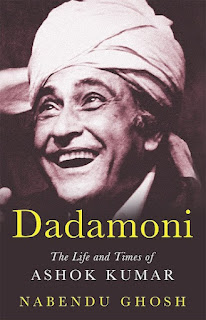 That story, and many others, are in Nabendu Ghosh’s Dadamoni: The Life and Times of Ashok Kumar, first published in 1995, now out in a revised edition with a new Foreword and Afterword. As a rare instance of one important film personality (Ghosh was a celebrated screenwriter) writing about another as a friend, this book is warm and conversational while also showing a breadth of knowledge about its subject’s personal and professional history – the tone often reminded me of Garson Kanin’s memoir about his close buddies who also just happened to be Katharine Hepburn and Spencer Tracy.

When he first watched Achhut Kanya in 1936, Ghosh tellingly says, “we were struck by Ashok Kumar’s genuine innocence compared to the sophisticated ‘innocence’ of Devika Rani”. By the time he met the actor fifteen years later, Ashok Kumar wasn’t so “innocent” any more – he was an established star and producer, a key figure in the Hindi film industry.

“Dadamoni” has, of course, made appearances in other cinema books before and since; and given his long career, it is fascinating to see the different avatars that appear in these publications. Dev Anand’s autobiography describes the young Anand meeting his idol – the Ashok Kumar of these pages is a suave, confident figure sitting in his office and blowing smoke rings at his starry-eyed visitor. Kishwar Desai’s book about Devika Rani offers amusing glimpses of the shy young man who was 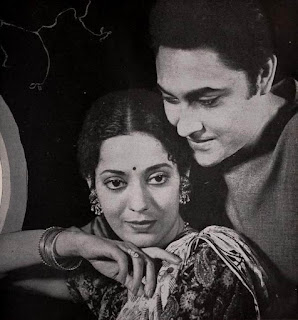 terrified of his co-star, with whom he had to perform intimate scenes. ("Kumud tried, over and over again, to wriggle out of the commitment, including pretending to fall sick and threatening to chop off his hair.") Saadat Hasan Manto’s 1940s essays present his friend as a man who was sometimes irritated by attention but also aware of the benefits of fame (and Nandita Das’s film Manto depicts a suit-clad Ashok Kumar swishing his way through a party held to celebrate India’s independence: clinking glasses, making speeches, socialising effortlessly).

All this adds up to a story about someone only gradually becoming acclimatised to the new role he was forced to take on. And it’s a reminder that while stardom can be an elusive, alchemical thing (where a mysterious relationship immediately arises between a screen persona and the audience who encounters it in a dark hall), it can also have very mundane origins and can build over time. What a vast gap there was between the young lab boy of the 1930s who felt the urge to rush off to the toilet every time he had to shoot a difficult scene, and the Ashok Kumar of the first scene of Mahal a decade later, the subject of one of Hindi cinema’s great star-reveals: a disused chandelier is pulled up to the ceiling and the camera simultaneously tracks in to show a man who had been hidden from sight – rapt in attention as he listens to the ghost story being told to him, but also very much a star in a stylish pose, aware of the effect his first appearance will have on his audience.

Posted by Jabberwock at 9:46 AM