First picture below: my mother with a little Great Dane pup in November 2014. Other pics further down: what that pup grew into. 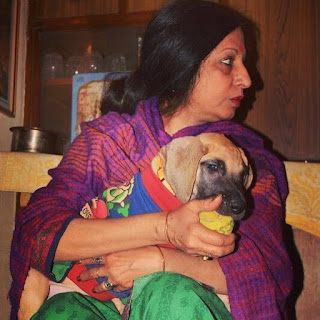 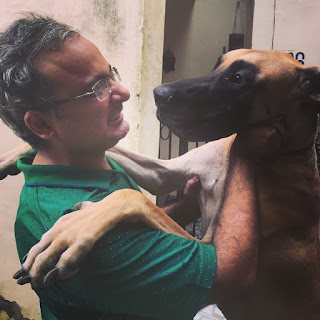 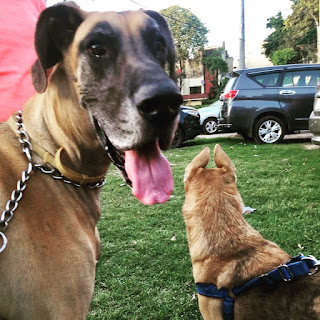 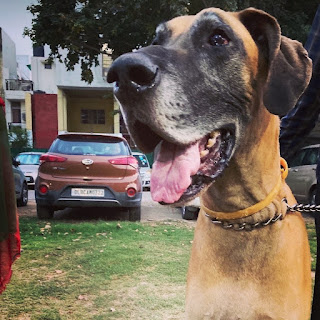 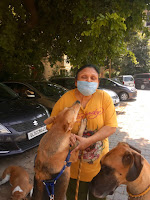 Brutus was the canine baby of Susmita aunty, my mother’s dearest friend: they got him together seven years ago. He died yesterday after weeks of being very unwell; the last diagnosis was lung cancer. Aunty and I got him cremated at Sai Ashram.

Though I walked him once in a while during the lockdowns, I didn’t spend as much time with him in the past few years as I might have (he was a very big, awkward-to-handle dog, and one couldn’t really play with him or make him run around in our park). But each time I saw him I was reminded of how close he and my mother had been. After mum’s cancer diagnosis and her inability to move around much, she was confined to our first-floor flat apart for the hospital visits, and Brutus was much too big for us to risk him being around her in her delicate

state – so they didn’t really get to meet in her last year or so. And he was very sad and puzzled by this turn of events: even after she was gone, he would sometimes break free while passing our building during his evening walk and try to gallop up the stairs to look for mum.

It isn’t ideal for such a large-sized dog to stay in a small flat (even a ground-floor one with a garden, as aunty’s is), but he was lucky in one sense: in the past year and a half, thanks to the pandemic, he had aunty with him round the clock. And of course, she was there at the very end. 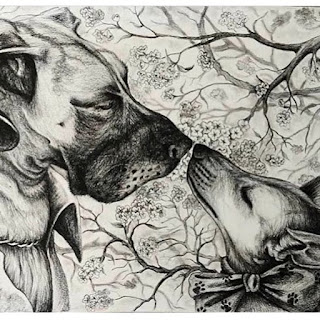 I have lots of pictures of him, too many to share, but the lovely illustration here was done by fellow dog-parent Moutushi Sarkar from a photo of Brutus and Lara together. I have had this drawing as my laptop wallpaper for a couple of years, and it will definitely stay there for a while now.

Posted by Jabberwock at 9:14 AM