Why did my Friend Cry? On vulnerable child actors and ‘humanist’ directors 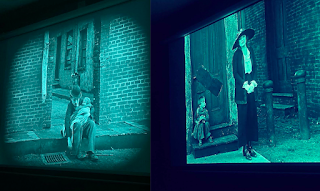 One of my personal rewards teaching film history over the past few weeks has been a reacquaintance with Charles Chaplin. Like many contemporary fans of silent comedy, I usually think of myself as a Buster Keaton fan first – centred on the breath-taking stunts, the inventive use of visual space, and the deadpan, unsentimental persona that makes Keaton seem so much more “modern” than Chaplin. But this comparison can be unfair to both great clowns. To watch films like The Circus or The Gold Rush again, in excellent prints and on a large-sized screen, is to be reminded of what a giant Chaplin was as actor and filmmaker. The distinctive mixing of emotion and slapstick in works like City Lights also shows why he had such a deep influence on Indian cinema, from Raj Kapoor to Kamal Haasan to Sridevi and others channelling the Tramp; or Kundan Shah in his 1976 diploma film Bonga using the music from the gibberish-song scene in Modern Times.

After a recent class screening of the 1921 The Kid for 18-year-old students – all accustomed to a very different cinematic idiom, but responsive to this film – we had a writing and discussion exercise where words like “humanity” and “compassion” repeatedly came up. The scene where the Tramp is forcibly separated from the orphaned boy he has raised drew many such reactions, with students noting the powerful depiction of the father-child bond in maternal terms, and the respect given to non-biological parenthood.

And yet, watching that very scene, I felt uneasy about the sight of the six-year-old Jackie Coogan bawling his heart out. 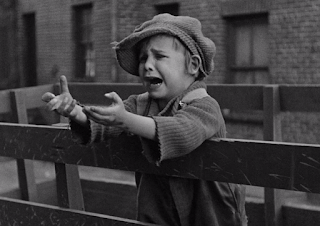 In Chaplin’s memoir, he tells the story of how Coogan’s real-life father made him cry for the scene by telling the child he would be taken away from the studio. Chaplin adds a coda to make it seem like Coogan knew all along what his dad was up to, but one wonders. Superb little actor as the “kid” was, was he so good as to fake that crying? At any rate, how easy it must have been to manipulate someone that age.

It put me in mind of another scene and back-story – from another deeply moving film made six decades later, Abbas Kiarostami’s Where is the Friend’s House? In the final sequence a little boy, looking scared, weeps quietly in class because he thinks the teacher will find him without his notebook. The story ends happily – it is what the whole film has built towards. But the director’s method for getting the child actor Ahmed Ahmadpour to really cry was to place a photo in his book and tell him the teacher would be very angry if he found it. 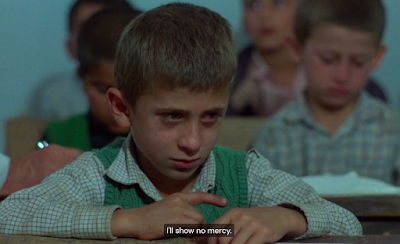 I mention these examples because these are moving, life-affirming films, and their directors are often described as “humanist”. There is good reason for such labels to be applied to filmmakers like Kiarostami or Chaplin, but one sees how even a sensitive, kindly director might be put into the position of making a child cry for his art.

Of course, there are degrees and degrees when it comes to such things. It’s hard to argue that the cases above are comparable with the sustained, vitality-sapping exploitation that many vulnerable young performers – think Judy Garland – faced at the hands of studios and producers. In India, which prides itself on family values, there are film-industry horror stories – including from an era that many people naively label more genteel and civilised – about adolescent girls made to “grow up” too soon so they can be money-minters. Remember how shocked everyone was when Daisy Irani disclosed that she was raped by a guardian when she was a child actor in the 1950s, and that her mother “padded her up with a sponge” at 15 and left her alone with a producer.

Perhaps, in a world where stories are constructed for others to be immersed in, and where little people have to pretend for the camera, “humanist” can only be a relative term. I used to be annoyed by those formulaic Hindi-film scenes where a child actor wept unconvincingly (enunciating “waain waain waain” the same way they might say “woof” if asked to play dog), but on reflection that artificiality feels kinder. Even if it was merely the case that those directors – unlike Chaplin and Kiarostami – didn’t take the child seriously enough to try and wrench a Method-level performance out of him.

Posted by Jabberwock at 6:42 AM