Two new anthologies: Cat People and The Book of Dog

Some news about two new books that I am in (and am very proud of, and looking forward to experiencing as a reader too). Entirely by coincidence, one is an anthology about cats and the other is an anthology about dogs. Different publishers, different editors, and the essays I contributed were commissioned (and written) many months apart – but as these things sometimes happen, the promotional announcements for both books are in the same week, and both are now available for pre-order. 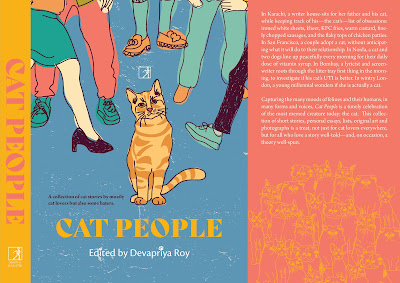 The Book of Dog (edited by Hemali Sodhi) 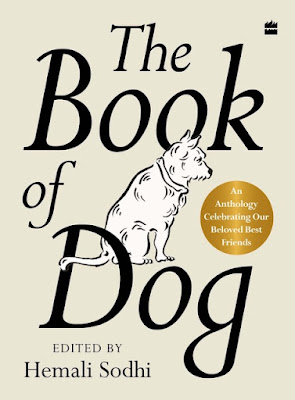 You can scroll down and gape at the list of contributors. Incidentally, as far as I can tell, I am one of only three writers who are in both the cat and the dog book, along with Nilanjana S Roy and Arunava Sinha (two giants of the Indian literary world who have been inspirations for very long). I am as pleased about this as I was to be the only male contributor to the Zubaan anthology Of Mothers and Others nearly a decade ago.

A word about my two essays. The cat piece was one of my most intense (sometimes painful) writing projects of the past few years: a personal essay about my mother and her relationship with animals, about our cats of yore, about old diary entries and how they often contradict one’s memories. Massively self-indulgent, possibly of little interest to anyone other than myself (he says, while hastening to remind the reader that there are many other worthy writers in this anthology) – but I was very happy to have written it in the way I wanted to write it. (The first draft was something like 10,000 words, I eventually cut it down to under 6,000 words. One bit that was removed was a sub-section about the great 1944 film Curse of the Cat People, which I discovered afresh during the Val Lewton course last year. Will revisit and finish that piece soon.)

The dog essay, a little shorter and chattier, is about something that is absolutely central to my daily life: the concept of the “part-time dog” – street dogs that one looks out for on a regular basis and feels responsible for, but also experiences unease about for various intersecting reasons. It is a tribute to some such animals I have known, including the legendary Chameli and Kaali, both of whom have appeared in my earlier posts. And my Lara’s mother, who died earlier this year. Royalty proceeds from this book go to registered animal-welfare charities.

Here are the pre-order links: Cat People and The Book of Dog. Please do spread the word to anyone who might be interested – and let me emphasise that these books aren’t only for animal-lovers (though that will naturally be the primary readership), they are for anyone who likes good, heartfelt writing. Have a look at those two contributors’ lists again. 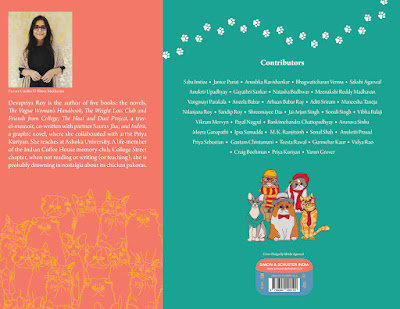 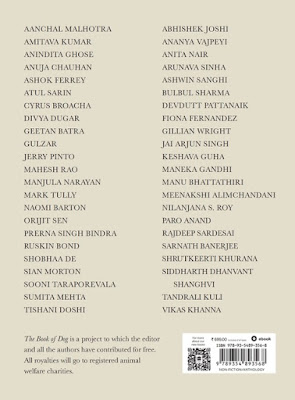 At an unrelated event yesterday, Hemali Sodhi and I continued our dubious longstanding tradition of posing with dog biscuits (or, in this case, a milk bone). Our first such photo session since the pandemic began. See: 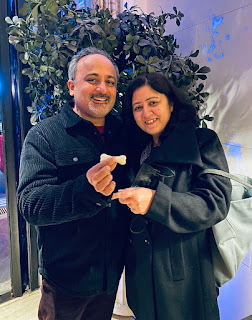 Posted by Jabberwock at 7:59 AM