Doggone! How my ears prick up when a movie depicts an imperilled canine

In a recent podcast, discussing such weighty issues as “problematic” art or artists – and the ideological lenses we use when engaging with films or books – I articulated something I hadn’t said before on a public forum: that homosapien-centric issues – including discrimination, exploitation and other such games played by our species throughout its history – aren’t “triggers” for me in the same way that cruelty to animals is. (Or, to be more honest, cruelty to specific animals, the ones I relate with.) 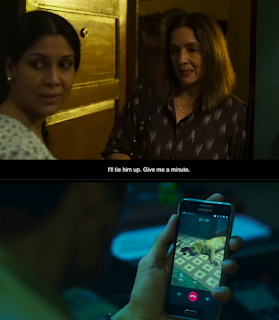 A few dog scenes in films watched over the past few weeks have underlined this. Take the one in Dial 100 – a conceptually promising but inert thriller – where a woman named Seema (played by Neena Gupta) enters a house at night to take another woman hostage. Seema has already got her victim to tie up the family dog Rocky (a friendly-looking Labrador), but then, irritated by his barking, she knocks him out by hitting him on the head with a vase. A little later a neighbour hears Rocky’s cries and sees him lying on the floor (still leashed, of course), blood coming out of his head. And… that’s it. Inspector Sood (Manoj Bajpayee) is thus alerted to the home invasion, but there is no further news about the dog’s fate.

The human part of the story – the “important” part – continues, of course, but for me the scene was a deal-breaker, creating unease and revulsion. While I got that the filmmakers saw Rocky as an expendable pawn for plot movement, it was enough to set me completely against Seema. Subsequent revelations about her tragic back-story and motivations made no difference; after that scene, there was no way I was going to feel sympathy for her.

Then there’s the scene in the short film Summer of ’92, part of the anthology series Nava Rasa, in which a troublesome dog – being chased by village youngsters – briefly falls into a swamp where most of the excreta from the village has been dumped. In the finale, in a moment guaranteed to disgust many viewers at a visceral level (while angering others who see the story’s potential caste commentary being undermined by slapstick), the faeces-covered animal enters a house and, shaking itself vigorously, covers a bunch of people – a potential bride and groom, a pandit, family elders – with human waste.

Even though the dog messes things up for a likable character, this was my predominant reaction when he emerged from the slushy shit-pit: relief that the film hadn’t opted for the sort of slapstick that would involve him drowning in filth (even if the rest of the village is metaphorically swamped by bigotry). 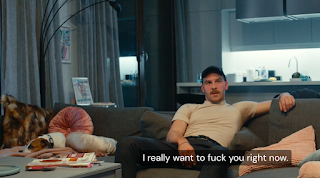 If you think it’s wrong to be more concerned about animal welfare than caste politics, steel yourself for more. A tense sequence in the hard-hitting Polish film Sweat (about a high-profile social-media “influencer” who is desolate in her personal life) has the protagonist Sylvia menaced by a man she invited into her apartment. For me Sweat was a better film than the ones mentioned above, and I definitely felt more invested in the central character – and now here she was facing a possible sexual threat from a violent man. But even so, I was just as worried about Sylvia’s little terrier, asleep on the couch on the edge of the frame. What would the man do to him if he tried to protect his human mom? Should I even continue watching?
(Spoiler alert: it turned out to be okay to continue watching.)

There have been other, less dramatic scenes that have peeved me in smaller ways. In the recent Malayalam film Aarkkariyam, an old man, after finishing his dinner each night, goes to the gate and scrapes leftovers off his plate for the three stray dogs waiting outside. A sweet gesture, you’d think; but even here, speaking as a daily feeder of mongrels with Black-Hole-like appetites, I gaped at how tiny the morsels were, at how the dogs gulped them up in seconds and looked around hungrily for more (by which time the man had headed back, no doubt feeling like he had done a good deed).

In a different category are the “issue” films that use dogs for symbolic reasons, two excellent ones being Mari Selvaraj’s Pariyerum Perumal (2018) and Rohith VS’s Kala (2021). In both, a dog that meets a violent end becomes a catalyst for a character’s awareness of his own oppression – and subsequently a guiding spirit as well. (Think of this as a reversal of the plot arc of the 1980s cult classic Teri Meherbaniyan, in which Jackie Shroff’s death is the pretext for a dog’s discovery of selfhood.)

The lyrics of a song in Pariyerum Perumal go: “In the wilderness without you, how will I find my way? Your paw scrapes are my trail. You are not just a dog. Aren’t you me?” And Kala begins with an animated opening-credits sequence involving a dog, a foreshadowing exercise that makes complete sense – and acquires emotional force – only around halfway

through the film. There is metaphor here, but there is also a human-animal bond. I’m not exactly keen to watch a dog being blown up onscreen, or tied to train tracks, but I appreciate that these works – though primarily concerned with a human protagonist’s struggles – engage with and recognise a deep inter-species kinship.

All this is a way of saying that I probably won't be queuing up to watch Cruella (which, being the Cruella de Vil origin story, is possibly a part-sympathetic look at a famous puppy-slayer). But I will keep a cautious look out for more news about the Vishal Bhardwaj production Kuttey, the trailer of which strongly implies that Naseeruddin Shah, Tabu and other thespians play dogs – or is it the other way round?

[Another old post about cinematic dogs is here. And a piece about Pariyerum Perumal is here]

Posted by Jabberwock at 5:57 PM

Email ThisBlogThis!Share to TwitterShare to FacebookShare to Pinterest
Labels: dogs