A few thoughts on RRR and the international awards 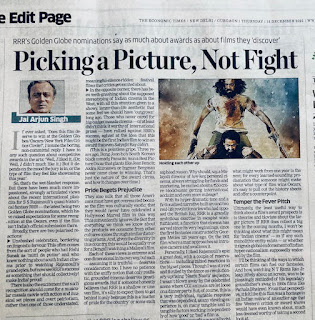 If ever asked “Does this film deserve to win at the Golden Globes/Oscars/New York Film Critics Circle?”, I intone the boring, non-committal reply I have to any such question about competitive awards in the arts: “Well, I liked it. (Or, Well, I didn’t much like it.) But it depends on the mood the jury is in, or the type of film they feel like showcasing this year.”

So that’s the wet-blanket response. But there have been much more impassioned, strongly articulated views about the recent international plaudits for SS Rajamouli’s quasi-historical fantasy RRR (the latest being two Golden Globe nominations, which have raised expectations for some recognition at the Oscars, even if the film isn’t India’s official submission there). Broadly, there are two polarised reactions. One is unabashed celebration, bordering on jingoistic fervour. This often comes from the sort of people who hail Rishi Sunak as “mitti da puttar” and who knew nothing about south Indian cinema prior to watching Rajamouli’s grand epics, but now see RRR’s success as something that should collectively! make India! proud! There is also the excitement that such recognition should come for a muscular masala movie with action and musical setpieces and overt patriotism, rather than one of those understated, meaningful-silence-ridden festival films that critics get excited about.

In the opposite corner there has been teeth-gnashing about the supposed stereotyping of Indian cinema in the West, with all this attention given to a showy, larger-than-life aesthetic that some feel we should have “outgrown” long ago. Those who never cared for big-budget masala cinema, or at least didn’t think it worthy of international prizes, have rallied against RRR’s success, aghast at the idea that this might be the first Indian film to win an award that even Satyajit Ray didn’t. (A pointless gripe. Three years ago Parasite won a best picture Oscar that giants like Renoir or Kurosawa or Bergman never came close to winning. That’s just the nature of the award circus, and how it changes over time.) They also sulk that all those Americans must have got over-excited because the film was culturally exotic; that they would never have celebrated a Hollywood Marvel film in this way. (This conveniently ignores the fact that everything we think we know about the products we consume from other cultures comes through similar distorting prisms; and given the diversity in this country, this would be equally true for a Bengali watching a Malayali film, or a Bihari watching a Tamil film.)

Each of these views is extreme and one-dimensional in its own way, but each – assuming it is truthful – deserves consideration too. I have no patience with the sniffy notion that only realistic, grounded cinema deserves prestigious awards, but if someone honestly believes that RRR is a shallow or uneven film it’s silly to expect them to get behind it only because this is a “matter of pride for the country” or some such saphead reason. Why should, say, a Malayali director of low-key, personal cinema, always struggling for funds and marketing, be excited about a ₹550 crore blockbuster getting international acclaim and even more mileage? 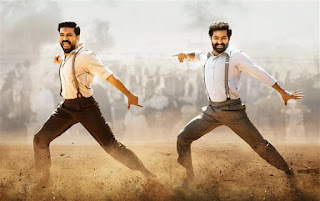 With its hyper-dramatic tone and a fictionalised narrative built around two real-life revolutionaries who had opposed the British Raj, RRR is a grandly ambitious exercise in escapist wish-fulfilment, a function that cinema has served since its very beginnings, since the first fantasies constructed by Georges Melies 125 years ago, or the 1901 film where a man approaches an intrusive camera and swallows it. Personally I liked Rajamouli’s epic a great deal, with a couple of reservations – including mixed reactions to the big setpieces (though I was stirred and thrilled by the dance-as-revolutionary-uprising “Naatu Naatu” sequence, I wasn’t blown away by the celebrated scene where CGI animals are let loose on a dinner party). But of course, this is a very individual, variable response that was dependent, as any viewing experience is, on many tangible and intangible factors working independently of how “good” or “bad” a film is. Such as: watching in a hall with equally responsive company; being prepared for a brassy, larger-than-life experience (as opposed to settling down to watch a quiet, understated film alone at home).

Competitive awards are equally chimerical beasts, changing colour and shape according to a number of intersecting conditions: there is no telling what might work from one year to the next; for every learned-sounding proclamation that someone might make about what type of film wins Oscars, it’s easy to pull out the history sheets and offer a counterpoint. Ultimately the least useful way to think about a film’s award prospects is to theorise and bloviate about the larger picture. If RRR does collect a big one in the coming months, I won’t be thinking about what this might mean for “Indian cinema” (as if any such monolithic entity exists), or whether it signals global endorsement of the Hindutva nationalism supposedly endorsed by the film. I’ll be thinking, as a movie-nerd, of the ways in which certain films can fuel our fantasies. And how, watching NT Rama Rao Jr leap lithely about on screen, was to be pleasingly reminded of his legendary grandfather’s swag in 1950s films like Paatal Bhairavi. From that perspective, it felt like this film was a homage to an Indian movie of an earlier age that few Western critics or award shows would have even known about, much less deemed worthy of taking a second look at.

Posted by Jabberwock at 8:33 AM