Film-club discussion: Adam’s Rib, The Palm Beach Story, and the comedy of remarriage

...with asides about Rang Birangi and Tanu Weds Manu Returns

For the next film-club discussion, I have lined up two films that fall into the “Comedy of Remarriage” sub-genre (term coined by the writer Stanley Cavell). Very broadly speaking, this is a narrative type – quite popular in 1930s and 1940s Hollywood – that involves a married couple (who are essentially in love, and “made for each other”) separating or divorcing for a while, exploring other avenues and possibilities, but inevitably ending up together again, more mature and secure in some ways (and crazier in other ways). The films:
1) the "battle of the sexes" comedy Adam's Rib (1949), with Katharine Hepburn and Spencer Tracy as a married couple, lawyers, who find themselves on opposite sides of a case. Hepburn is defending a woman who shot and injured her adulterous husband; Tracy is trying to get the woman prosecuted. This naturally creates quite a stir in their marriage as well, and sets up some goofy, grandstanding routines in the courtroom. 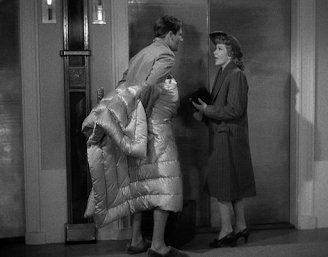 2) an introduction to the great writer-director Preston Sturges, via The Palm Beach Story (1942), one of a series of zany, fast-paced classics that Sturges wrote and directed in the early to mid 1940s – films that still seem fresh and “hip”, and have inspired many modern filmmakers such as the Coen Brothers.

P.S. other famous films in this category include The Philadelphia Story, The Awful Truth, and His Girl Friday. But I think it would also be interesting to discuss Hindi-film variants on the theme – two examples I can think of are Tanu Weds Manu Returns and Hrishikesh Mukherjee’s Rang Birangi. (Amol Palekar "flirts" with his secretary Deepti Naval as a way of rekindling his relationship with his wife Parveen Babi!)

Anyone interested in this discussion, mail me at jaiarjun@gmail.com and I’ll send across the link to the films.