In praise of “commercial” acting

“I am a hardcore commercial actor and I hate it when people remark that what we do is not art,” Rishi Kapoor says in his recently published memoir Khullam Khulla: Rishi Kapoor Uncensored. “How many actors can enact singing a qawwali like me? Or dance like Mithun Chakraborty? Or do a ‘Khaike paan Banaraswala’ like Amitabh Bachchan? It’s very easy to sneer at us and say that ‘serious’ cinema is superior to what we do.” 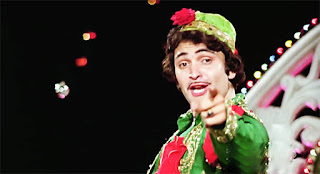 This passage reminded me of an old magazine piece from the early 1990s – I think the interviewee was Subhash Ghai, who, when asked why Hindi cinema couldn’t produce an actress of the quality of Meryl Streep or Susan Sarandon, shot back, “Can they dance as convincingly as Madhuri Dixit does?”

Such quotes, especially when taken out of context, might sound arrogant or amusing to someone who looks down on our traditional forms of cinematic expression, or on the Music + Drama formulation that produced the much-maligned word “melodrama”. You might dismiss them as coming from an overly defensive actor and director trying to mount a case for the formulaic films they specialised in.

But lazy and formulaic work can just as easily be produced in what we call “meaningful” – as opposed to “commercial” – cinema. Without getting into a broader debate about these categories, here’s a personal peeve: assessments of a film’s artistic merit are too often based on the idea that if something looks easy, is pleasing to the eye or gets your adrenaline flowing, then much effort or rigour can’t have gone into its creation. It’s all fun and games onscreen – ergo, the putting together must have been all fun and games too.

This snobbery manifests itself in many forms. For instance, well-informed movie buffs have long known that the Oscars seem incapable of honouring great work in comedy: some of the genre’s most timeless films and performances haven’t even been nominated. And here too, there are hierarchies. If a comedy has a clearly detectible “serious” function – say, dark social satire along the lines of Dr Strangelove or Jaane bhi do Yaaro – critics elevate it above comedy that is perceived as “only” providing belly-laughs. As if successfully providing belly-laughs – or skillfully doing physical slapstick like Harold Lloyd or Jerry Lewis, or engaging in verbal calisthenics like Groucho Marx – were a walk in the park.

On a related note, an actor’s work is frequently measured by the nature of the role and the film rather than by the actual performance. Much as I liked Deepika Padukone in Piku, I was surprised by the many reactions suggesting she had come of age as a performer by playing an understated part; I thought Padukone’s chomps as an actor (and as a star-actor, which is a marginally different but no less worthy thing) were already evident – for anyone who was willing to look – in her more mainstream roles in 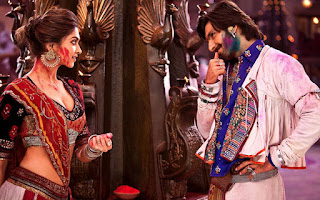 films like Ram-Leela and Chennai Express. Incidentally, those two films are very different in tone, aesthetics and quality, but they would likely be clubbed together by the sort of viewer who celebrates Piku as being superior only because it isn’t glossy and doesn’t have songs. This, unfortunately, is what happens when people deal in categories rather than looking closely at individual entries in those categories.

On the subject of songs, Rishi Kapoor’s quote is a reminder not just of his own vibrant performances in qawwali scenes like Amar Akbar Anthony’s “Parda hai Parda” but also the general undervaluation of song-and-dance sequences. There are tiers of respectability here too. Some musical scenes announce their value immediately: take Waheeda Rahman’s brilliant snake dance in Guide, a scene that is driven not just by her remarkable dancing-acting but by the narrative subtext – Rosie, a caged bird, is throwing off her shackles, this is her first shout of rebellion. As the sequence builds in intensity and rhythm, almost anyone watching it will recognise that something profound and life-altering is going on.

In contrast, there is the song sequence that, at first glance, can seem nothing more than a rowdy bunch of people having a good old time – but which reveals layers as you re-watch it. I receive odd looks when I say that the ensemble sequence “Gallan Goodiyan” in Dil Dhadakne Do (2015) is a lesson in good filmmaking. I stick to this position, though, and not just because of the scene’s technical achievement – it is a single unbroken take, with Carlos Catalan’s camera whirling around the ship’s ballroom and focusing in turn on several different characters as they enter and exit the frame – but also because of how the lyrics, framing and gestures sum up things about the story and the characters.

Some characters participate wholeheartedly in the song, others linger on the fringes or appear briefly, and the size and nature of these appearances mirror the characters’ role in the narrative: for instance, the brother-sister duo Ayesha (Priyanka Chopra) and Kabir (Ranveer Singh) are the leads in the song, much the same way the film pivots around their conflicts and personal growth. Or note the throwaway moments like the one where Ayesha sings the line “Pyaar karne se bhi mushkil hai nibhaana” directly to her ex-boyfriend Sunny (Farhan Akhtar) and how it subtly comments on their relationship while also being an organic and credible part of a larger, playful interaction involving many other people.

In short: this is an excellently crafted scene, built around a catchy tune and robust singing, and extremely well performed. It is part of the film’s overall narrative movement and makes for good, economical storytelling in its own right.

And yes, it’s massive fun to watch too. Should we hold that against it?