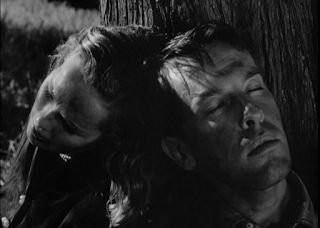 An update about the online film discussions I mentioned in the last post. While I am putting together a module for classes, I wanted to kick things off with a couple of informal sessions centred on 1940s-50s film noir. This is how it will go:

– I upload a film and make it available through Google Drive.

– Watch the film. Make notes if you feel like it. Preferably, don’t read detailed analyses of the film before our discussion. (When I share the link, I will provide a basic synopsis along with points of interest and what to look out for.)

– We get together on Zoom for an hour or two on a specific date to talk about the film; I will try to provide some historical context, recommendations for other related works and so on, but in my experience some of the sharpest observations during such classes come from people who have watched the film for the first time without preconceptions/too much contextual information. 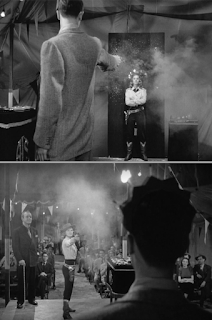 For the film-noir discussions, I will include some of the more famous works in the genre, such as Double Indemnity, The Third Man, The Big Heat, The Asphalt Jungle, and In a Lonely Place. But I want to start with a “B-noir” that doesn’t have major stars or a major director but is a personal favourite: the 1950 ˆ, which was one of the first “couple on the run” films, made nearly two decades before Bonnie and Clyde, and a big influence on the French critics-turned-filmmakers of the decade to come. (There are visual similarities between Gun Crazy and Godard’s Breathless, for example.)

Please mail me at jaiarjun@gmail.com so we can set this up. I would rather start small, which means no more than 20-25 participants for the discussion. But I’m happy to share the link with anyone who wants to just watch the film.