The Sender, the street cats and the sourpusses: on Nilanjana Roy's The Wildings

“There are no ordinary cats,” the French novelist Colette said once. Anyone privileged enough to have rubbed noses with these volatile balls of fur will know this is correct, but Mara – an orange kitten in Nilanjana Roy’s debut novel – is preternaturally gifted even by the standards of her species. All cats, The Wildings tells us, can “link” with each other across large distances through whisker transmissions, but Mara is that rarity, a Sender: a cat who can transmit extremely strong signals and even travel far and wide while physically staying in the same spot. Though she lives with humans (or Bigfeet) in a Nizamuddin apartment, her existence poses problems for the neighbourhood strays. When you’re constantly hunting for food and surviving by your wits, it can be unsettling to suddenly hear a kitten’s voice in your head yelling “Thank you, O Bigfeet, for releasing me from the fell captivity of the fearsome sock drawer!” 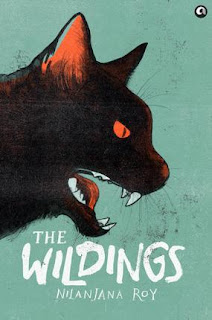 And so, the “wildings” – led by the sagacious Miao and the queenly Beraal – set out to deal with this unusual situation while simultaneously keeping an eye on their youngest, an overenthusiastic, trouble-prone kitten named Southpaw. However, a much more serious threat soon arises from another quarter. In the creepy Shuttered House nearby live a group of feral cats led by the sadistic, sociopathic Datura, who is the Gabbar Singh of this narrative (the analogy springs to mind because of a passage involving a doomed green beetle crawling about near this pensive villain). Soon battle-clouds gather and a popular trope of the adventure genre – the little hero entrusted with a very big task – comes into play.

Animal lovers are well aware that other species are poorly represented – if even acknowledged at all – in our literature, outside of narrowly defined genres or heavily anthropomorphic writing for children. How pleasing it is then to find, in the pages of a novel labelled just “Fiction” rather than “Fantasy” or “Children’s Fiction”, a real setting filtered though a non-human perspective. The Wildings may not fit the conventional definition of a Delhi book, but it gives us the familiar vistas of Nizamuddin – its leafy residential areas, the dargah and the baoli, the dilapidated old houses, the nearby Humayun’s Tomb – as they are experienced by the four-legged creatures who roam and scavenge amidst them. 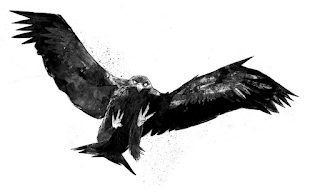 For a reviewer weary of the blithe self-importance of his species, the concept is refreshing in itself, but it helps that this is a warm, imaginative and well-paced book. It is superbly produced too, with Prabha Mallya’s lovely illustrations sharing page-space with text, or even (as with two small butterflies watched by an enthralled Mara, or a swooping cheel with his wings spread out) weaving amidst the words. Both writing and drawings pay tender attention to the many elements of the natural world. Though the cats are the main characters, many other creatures move in and out of the narrative: three zoo tigers and a langur whom Mara befriends during her virtual wanderings; a stately mongoose who speaks the generic tongue Junglee, which all animals can understand; an Alsatian pup mistreated by his human owners; warblers and squirrels, bats and mice.

What I admired most about The Wildings is that it is remarkably free from simple-minded anthropomorphising of the sort where animals are basically people in different shapes. It’s true that the things these cats mew or otherwise communicate to each other are expressed in a human language (this being a necessary limitation of the author and her readers) and it’s also true that any story about talking animals has a certain amount of cutesiness built into it. But a serious, rigorous attempt is made here to imagine what the world – including the many aspects of it that have been shaped by Bigfeet – might feel like to a cat, from the furniture and carpets inside a house to the smells and textures of the outdoors, or the visceral knowledge that a predator is stalking you in the darkness. The device 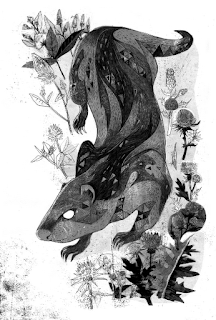 of the “link” works perfectly too: it should strike a chord for anyone who has long-suspected that there is something mystical and otherworldly about cats; that they aren’t letting on everything they know. Perhaps the supercilious things really have been virtual-chatting, Skyping and status updating long before we Bigfeet learnt some of those tricks – and doing it to much more meaningful ends.

Because the internal logic of the story is so carefully worked out, I felt Roy might be in danger of being too restrained, but every now and then there is an exercise in pure whimsy: a mention of a rooster named Sunte Ho, a sudden exclamation of “Bakwaas” in the middle of a refined conversation, a passage where a colony of Supreme Court cats with such names as Affit and Davit react to a Mara sighting by speaking in over-formal legalese. (“My learned self concludes that the kitten qua kitten is a hypothetical kitten.”) If I had to gripe about anything, it would be that some of the action sequences – a fight at the baoli, the long-drawn-out climactic battle with the ferals – didn’t fully hold my attention. Though written with skill and sharply observant of cat manoeuvres and the graceful litheness of their movements, these passages felt a little mechanical compared to the breeziness of the rest of the narrative. 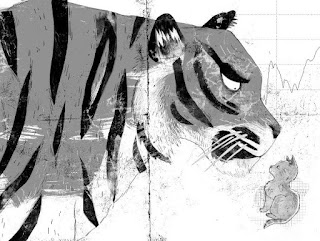 The Wildings is, before anything else, a terrific adventure tale with a fine cast of characters, and because it can be enjoyed wholly at that level one hesitates to over-analyse or get solemn about its themes. But “serious” and “entertaining” are not exclusive categories, and even genres that are viewed as being relatively low-engagement or non-cerebral often produce works of quiet, unselfconscious wisdom. This book has things to say about the potential for kinship between natural adversaries, about rules of conduct in a survival-of-the-fittest situation, about heroism taken to reckless extremes contrasted with reluctance to get involved at all, and about the advisability of taking only as much as you need from the world around you.

It is also a story about the perils of being secluded to the point of becoming agoraphobic, so that even a glimpse of the sky can be frightening because “it was such a long way away” – the telling contrast is between the sheltered Mara, who opts to move out of her comfort zone and deal with her responsibilities, and the vicious Datura, who is capable of engaging with the outside world only by trying to crush it. But none of these ideas are thickly scribbled on a placard and waved in front of the reader’s nose; they move beneath the surface of a consistently charming story about a diffident kitten and the world that gradually reveals itself to her. By the book’s end I wanted to “link” into the author’s head so I could read the sequel in advance.

[Did this review for Tehelka]
Posted by Jabberwock at 4:48 PM